Sponsorships
What is sponsorship?

This page breaks down sponsorships, what they mean and how to find them. 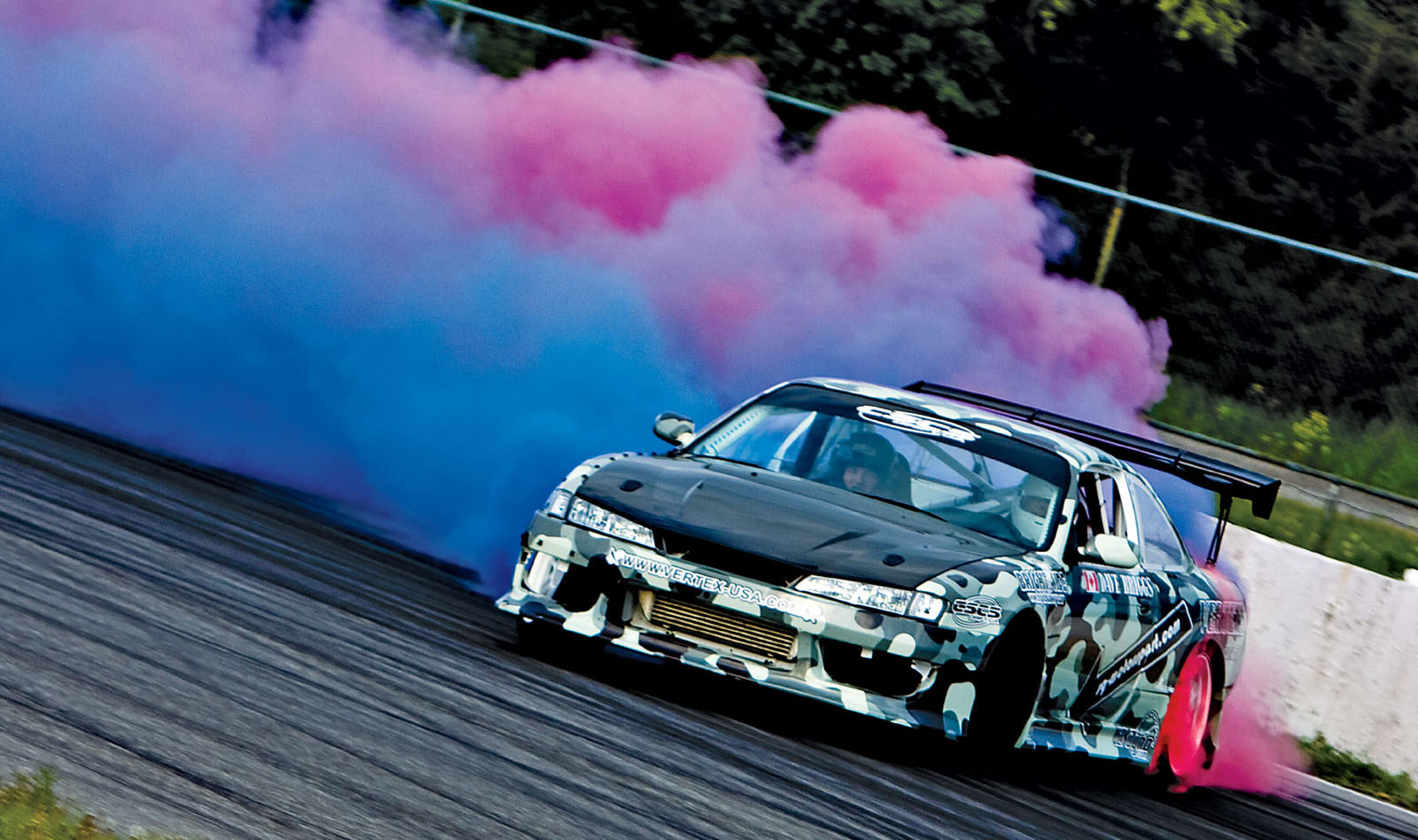 What does it mean to be "sponsored?" In the drifting world, to be sponsored is to receive money, services, and / or products in exchange for assisting a company with their marketing needs. What you need to keep in mind is that sponsorship is a two-way business arrangement. Sponsorship does not mean that you simply get something for nothing. In exchange for money, products, or services a sponsoring company wants to receive logo placement, brand recognition, and association that will result in increased sales of their products or services.

Think of sponsorship like a conventional advertising business transaction. For example, a conventional business might pay a radio station $5,000 to advertise their product. The radio station then creates radio commercials and places them into a radio schedule that best targets that company's desired audience. The company then waits to see if the radio ads being played are reaching the desired audience and bringing them into their store to buy products. The business then tries to determine if their sales volume (and profits) increased as a result of the money spent on the advertising campaign. At the end of the ad campaign, the program is evaluated to determine if the additional revenue generated by the advertising was enough to significantly offset the cost of the advertising itself. If sales, consumer recognition, or product loyalty increase as a result of the advertising campaign, it's likely the campaign will be repeated next year. If the results fall short of the additional expense, the company will likely change their advertising medium to something else.
Vehicle sponsorship is very similar to purchasing advertising because you never know if the money spent sponsoring someone will increase a company's sales (or marketplace strength) the way you hope it will. When going with sponsorship of a driver, vehicle, or event rather than traditional advertising (magazines, tv, radio, etc.) companies are hoping that the amount of money spent on sponsorship will yield greater overall impressions and results than the same amount of money spent on traditional advertising; thus making sponsorship a feasible alternative to conventional advertising.
For example, a full page ad in an import magazine (say, Super Street) might cost around $10,000. That ad prints once, is distributed, and is never seen again. Maybe that ad is seen by 100,000 people. Now if a company chooses to sponsor a drifter (with that same $10,000) and the driver wins an event in Formula D or the D1 Grand Prix, chances are that this driver will appear in several import magazines, some websites, an online video or two, and the televised broadcast of the competition itself. The cost effectiveness for the sponsoring company multiplies greatly because that same amount of sponsorship dollar spent now receives a much greater amount of coverage. Instead of one advertisement being seen by an audience of 100,000 people, a sponsored driver (wearing the sponsoring company's logos and using their products) is seen by an audience of 500,000 people.

Unless you're lucky enough to know people willing to just hand over thousands of dollars in cash, products, or services to sponsor you, you're going to need to search for sponsors. The search for potential sponsors starts with researching businesses that may have a commercial interest in exposure to the drifting market. In your own hometown, these might be your local tuning shops, tire shops, alignment shops, etc. At the national or international level, these businesses could include tire manufacturers, aftermarket parts makers, etc. Before any of these companies give you a single cent, they're going to need a sponsorship proposal to consider why they should have anything to do with you.
The right books or article can teach you how to write a winning sponsorship proposal! So if you're serious about getting sponsored, you need to do your homework first and invest in your development. Most of the other driver's you're competing against for sponsorship dollars are just throwing homemade sponsorship proposals at their local tuner shop. That's not necessarily bad; it just means that someone with a polished proposal will look a lot more appealing to a potential sponsor.
Put yourself in the shoes of the sponsor; new guys come in every day with big dreams of winning Formula Drift and becoming the greatest driver in the world, if only they could get money from someone so that they can start their drifting career.
Potential sponsors see so many poorly made sponsorship proposals that a well made proposal will help you stand out from the pack.

What does a sponsored driver do?

Basically a sponsored driver is a walking, talking (drifting, driving) advertisement for the companies that choose to sponsor him. The driver should be doing what he can to present his sponsors in a positive light to the general public and / or consumers of the sponsor's products.
The easiest way to put your sponsors in a positive light is to win or to at least place in the Top 3 at drifting competitions, so you are on the podium and your car are being showcased. Hands down, nothing speaks as loudly as winning!
Granted, there are teams and drivers out there that enjoy some sponsorship without actually winning or even competing in drifting events, but that kind of driver image may be a short-term-gain / long-term-loss for the sponsor and eventually reflect negatively on their company for not sponsoring true competitors.
By participating in and winning racing events you increase your exposure and your sponsor's exposure. The more pictures, videos, and news stories that there are about you, the greater your exposure for your sponsors, which means their return on their investment will be better. Keep in mind though, that you want your exposure to be positive. Your sponsor will probably not be pleased if their logo is prominently displayed on your vehicle while you're crashing head-first into a track barricade.
Aside from participating and of course winning drifting competitions, there are quite a few more things that you can do to provide greater value for your sponsors:
*Attend non-racing events like car shows, trade shows, and public displays to showcase your vehicle. Putting your vehicle in the public eye is a good way to promote your sponsors, meet new fans, and increase your celebrity and star power.
*Wear your sponsors apparel at all car related events, and even in public.
*Speak well of your sponsors in public and private.
*Don't use products and / or sponsors you don't believe in; that compromises your integrity and can cause consumers to question your sponsorship choices.

Contingency sponsorships are generally arrangements where a sponsor (typically a company / manufacturer) offers prize money to winning drivers who use their products or display their decals on their vehicles. For example, if a tire company offered a $1,000 contingency sponsorship prize to the highest placing driver (at a given event) using their tires in competition, that means that the driver finishing highest in the event standings (that is using that sponsor's tires will receive $1,000. If you're not using the sponsors products, you won't get anything from them, even if you win the event.
When entering competitions, read carefully through the driver's rulebook to learn as much as you can about a series' contingency sponsors. If you need to purchase a particular product for your vehicle (like tires), you may as well purchase a product offering a contingency prize to increase the amount of money you'll receive if you win (or meet the contingency requirements).