Our awesome intern, Lisa McDonald with another great interview! 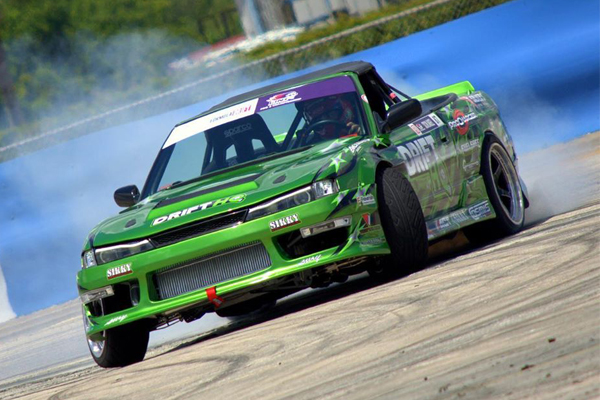 Formula Drift Pro 2 competitions produce some of the most exciting battles to watch on the American drift circuit. The drivers do it for the love of drifting, but all of them want that elusive podium spot. One of those competitors, Alex Schlagel, drives one of the most recognizable cars in the FD series. With it’s bright Java green exterior, sponsored by Drift HQ of Florida, you know exactly who is driving this convertible S13 Nissan 240SX.

Alex saw his first drift video back when he was just 16 years old, and he has been obsessed with cars and drifting for as long as he can remember. He started in 2009 having fallen in love with the sport thanks to SpeedHunters and the growth of Formula Drift. His first drift car was a 90 HP stock 240SX at Gainesville Raceway where he used to work when he was 21. His first time drifting wasn’t going into any record books, but when he saw those 'tears of joy' coming from his mom, he knew that he had to keep going!

His practice routine included seat time on the track, and some simulation racing games to hone his drifting skills. Around that same time, he also started to organize his own drift events. As the sport gained in popularity, more events were happening regularly in his area.

Alex switched to a 240SX convertible, and thus begins his incredible journey into the sport of drifting.

“I later switched to a convertible 240SX, because I enjoyed the open-air and visceral feeling. My dream was always to swap in a supercharged V8,” Alex said

That’s when Alex started his collection of V8 parts for an engine swap later down the line. During this time, he was still drifting on the stock engine, which proved to be a winner in street class competitions. In 2012, Alex ended up winning three different competitions! Another year after that, he was able to do that LS1 engine swap with the help of friends. His journey continued and in 2016, he was accepted into Gridlife South. Alex then upgraded to version S13.4! He installed widebody fenders, painted the car ‘Victory Red’, and added the custom vinyl livery with custom LEDs in the headlights.

With a stellar performance at Gridlife under this belt, soon, the LS1 started to rod-knock. With the help of KSR Performance and Fabrication, an LS2 swap was done and the car was prepared for Southeast Drift Union ProAm in 2017. The first round proved to teach Alex some tough lessons, but he ended up winning rounds two and three. It was his determination that took him from Florida to Ohio for the finals, going at it alone, sleeping in his trailer and changing his own tires. That's how he won the championship, and got his Formula Drift Pro 2 license.

Like the evolution of the driver, the car had to evolve too. In 2018, his dream of becoming a pro drift driver was now a reality! He was then approached by Drift HQ. They wanted to sponsor Alex for the 2019 Formula Drift Season, and that meant taking his car to another level of performance. Drift HQ procharged the LS2, bringing that motor to around 700 HP. Then, in addition to painting the car their signature Java Green, they also fabricated a rear radiator setup, and installed a Fuel Safe fuel cell.

They also added a Sikky Winters quick change setup, upgraded the headers, and added an ACT clutch. The finished the car off with an FDF angle kit and rear grip kit, Silvers coilovers, and Cosmis Racing XT-006R wheels.

Alex said his favorite thing about his build is the overall drift ability and balance, giving it an amazing feel on the track. He is very happy with the current build, but there is always room for further evolution to make it even more competitive. Alex is looking forward to the 2020 Formula Drift season for some exciting battles and showing the world his tandem skills. His dream is to get that coveted podium spot and hopes that can happen soon with the support of his family, Drift HQ, and his sponsors. Alex certainly has plenty local, national and international fans now!

“Competing in my first season of Formula Drift was an incredible experience", said Schlagel. “We’re even more excited to take it to another level for the 2020 season!” 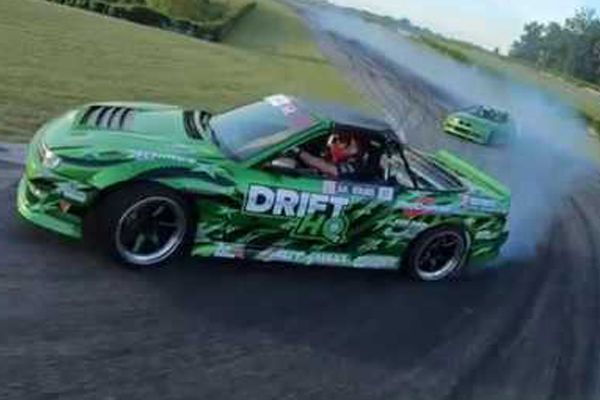 During my first event renting a car for a few laps, I got to speak with Alex, and expressed how terrified I was to get behind the wheel. The words I remember him saying to me were “You’re going to get addicted!!!” Of course, he was right! Alex suggests 350Z as a first-time drift car and says they are the perfect beginner’s car. When Alex isn’t on the track, he continues to practice through video games; either Forza or Assetto Corsa on his PC.

Outside of the grit, smoke and the smell of burning rubber at the track, Alex is a full-time realtor for Watson Realty in Gainesville. His love of cars continues with participation in various car shows and other promotional events where he can show off his awesome S13 to enthusiastic crowds. He also loves gaming, and his four awesome cats.(4cat daddy on IG) He also has a passion for travel.

For Alex, the sport of drifting changed everything!

“It was a profound and life-changing experience, and I knew I had to keep going!” said Schlagel 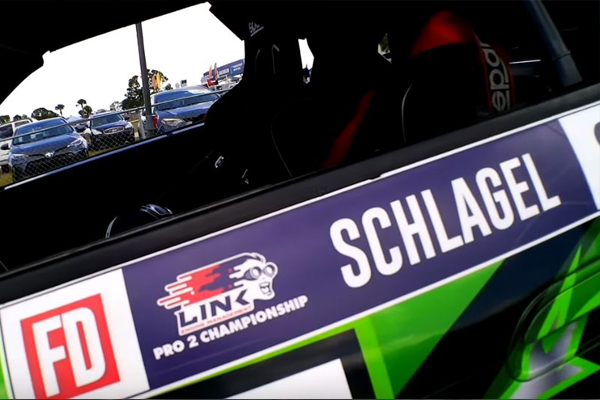 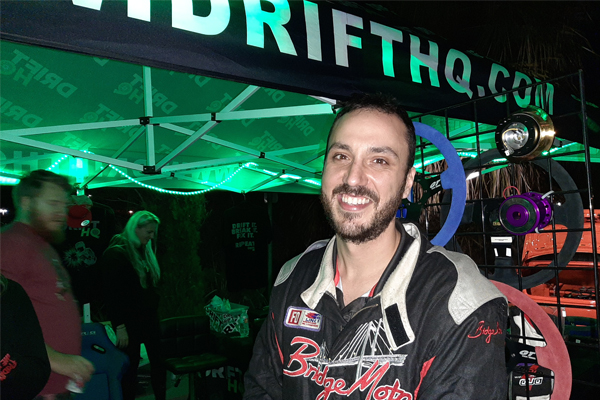 Keep your eyes open for the 2020 Pro2 season of Formula Drift and cheer on one of our favorite up-and-coming drivers. 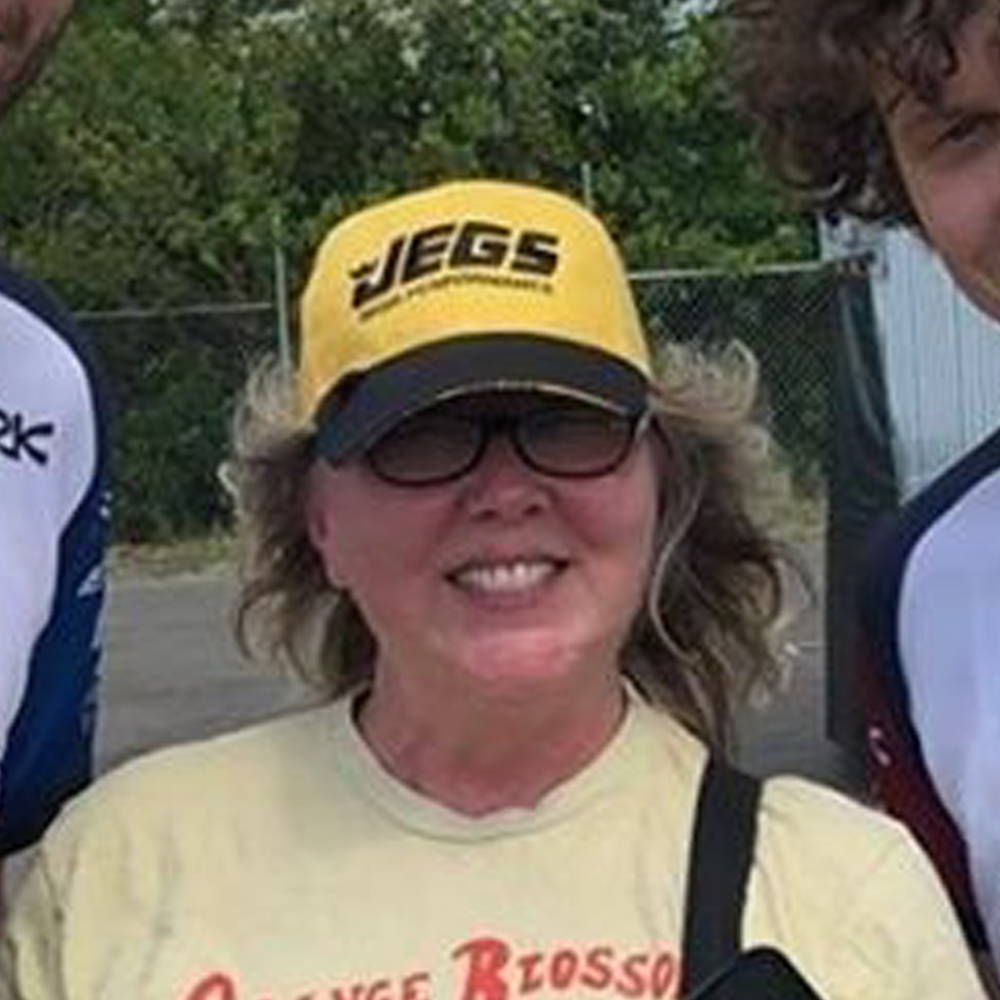