Check out this amazing young driver, and see why he is such a hot commodity right now! From big name sponsors, to having Matt Field and the Drift Cave building his ride, this young man is definately going places. 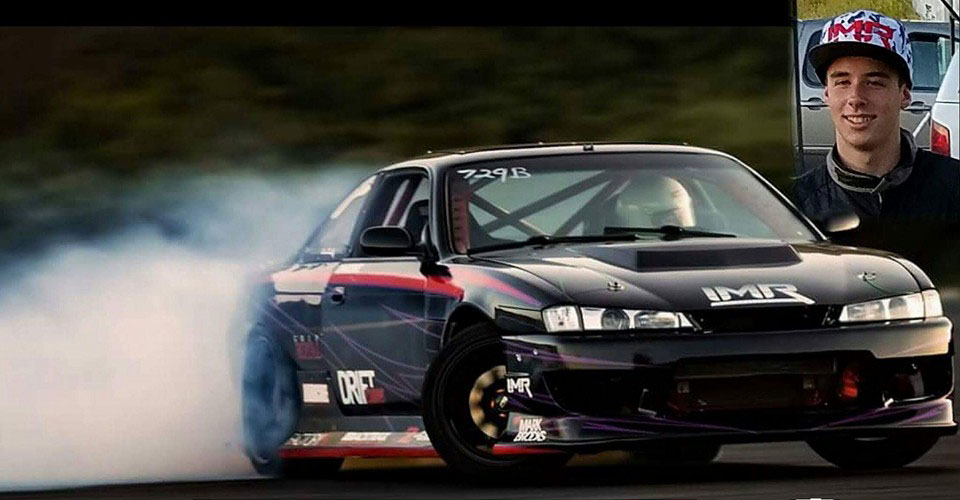 DW - How did you get into this sport?

Dom - My dad used to compete in 'Golden Gate Drift' at Thunderhill Raceway, also at Stockton 99 Speedway and at Stockton Fairgrounds for 'Boost'. One day after an event, I asked my dad If I could hop in the driver seat and he said yes. So once the event was over he said "Dom get in the car". I started off first with some simple donuts. By the end of my first couple donuts, I started to get the hang of things. After the end of that session, things just started to fall into place from there.

DW - We have been following your career closely latey, and have seen all the cool places around the USA you have been driving. What is your favorite track so far to drift on?

DW - Whats kind of things happened on the road during this past year of travelling?

Dom - Traveling from the West Coast to the East Coast, we got to see lots of amazing scenery and a bunch of landmarks that were very unforgettable.

DW - Tell us a little about your current car? Chasis? Motor?

Dom - My current race car is a Nissan S14 240SX with a NA LS V8, and a full wise fab angle kit with a dog box and quick change everything.

DW - Where was the car built, and who helped you with the build?

Dom - Alex Helibrunn, who is the owner of IMR gave me the car, the motor, and the all the goodies to go with it. The car was mostly built at Drift Cave Motorsports. The whole Drift Cave crew built that car, and helped put it all together. Alex Helibrunn then taught me how to properly drive it.

DW - What was your most memorable moment from this year of drifting?

Dom - The most memorable moment of last year was during round 3 of the US Drift series, when I crashed at about 100 mph and destroyed the rear end of the car. We knew we couldn't fix it before practice, but we still rushed to fix it before round 4 the next day. We got to the track at 5am, and busted balls to get the car done and ready before qualifying. As we where almost done, we had realized the rear cables to the brakes got ripped off from the crash and were completely stripped. We tried to figure it out, but we where losing time so I ended up not having rear brakes. Going into practice I was clutch kicking and doing a ton of left foot braking. I got used to the feel of the car because Daniel chow, my dad Eric and I set the car up to my liking. We knew this was going to be tough, but I told my self 'go hard or go home'. I ended up with the highest scoring run and qualified first.
During the competition We ended up going against a much slower car, and we knew they where going to try and play some games with us. I did a nice lead run and felt like I got a pretty good lead against him. When it was my turn to follow, he shoots off the line and I let him go a bit so I have room to inch my way in. As I entered in, he brake checked me and caused me to straighten out and hit the rumble strip. That caused me to brake one of my lower control arms. The judges called a 'one more time', and we had just ten minutes plus our 5min to fix the control arm. Daniel chow and I where in able to pull it off, so we just turned the control arm the other way and hoped that it would hold together. I went up to the starting line, and I TOOK OFF AS HARD AS I COULD, HITTING THAT REV LIMITER IN EVERY GEAR, AND THEN CLUTCH KICKED IN. Again I took off on him, and towards the end he fought his way back up to me. When we switched, he knew that my car was fast and about to break, so he went as slow as possible to get me to straighten out again. He also knew I didn't have my rear brakes to lock up my rear tires, so he knew he had it pretty easy if he just went slow. It's pretty crazy what you can do when the adrenaline is pumping.

DW - Have you had any memorable battles this season?

Dom - I didn't have that many battles, but had some pretty crazy tandoms with Alex Helibrunn and Odi Bauchis and like 7 other cars. At Willows Springs Raceway, Alex, Odi and myself, got some super close and aggressive tandems in at ASB.

DW - What is your favorite thing about drifting?

Dom - My favorite thing about driving isn't just burning rubber or getting crazy with the boyz. It's hanging out with my dad. Growing up, my dad owned a paving and grading company and worked day and night. When he got home I was asleep, and by the time I woke up he was gone out on the job already. He still works like a mad man chasing this job and that job, but drifting is a time for him to put all things aside and we get to spend time together. Being at the track together is the best thing in the world, because I get to do what I love and hang out with my best friend all day and slay some tires.
I don't think I would ever go driving without him. He is my lucky charm, and without him I would be a running around like a chicken with its head cut off. LOL

Dom - Our plan for 2017 is to come out hard, pick up some new sponsors, and travel from track to track while shooting for my pro 2 license.

Dom - When I'm not drifting, I'm in school all day getting my work done and hanging out with friends, or playing sports.

DW - Do you even own a regular car yet? If so, what is it? If not, what will you get as your first daily driver?

Dom - I'm currently 14, so therefore I can't drive legally on the street.
For my first street car I would want a maybe an S14 or some kind of truck, but... my dad said no! He said I had to get the slowest car I can find. He said he was going to find a 1990 Honda Civic, and make it go as slow as possible and undriftable. I don't really have a choice. LOL.

DW - What is your favorite car ever, and why?

Dom - My favorite car is the 1970 Chevelle SS. The reason is because I love old muscle cars, and my dad used to own one. My dads SS was the most badass car around. It ran on alcohol, and had the biggest drag tires I had ever seen. I thought it was the coolest car as a kid, and still do.

DW - If money was no object, what would your dream drift car build be? What chasis, extras, etc...?

Dom - If money was no object, I would build a GTR with a crazy built LS super charged, wise fab angle kit, sequential gear box and some crazy body kit to make it look bad ass.

DW - How do you balance school, with driving and touring around the country?

Dom - Balancing school and racing is not too hard. I would miss one day at the most for any event. I would always get my homework a couple days ahead of time. The only thing that was hard was the lack of sleep! Events would end late on Sunday or Wednesday night, and we would have about a 2-5 hour drive home depending on which track were at. Waking up the next morning was the worst feeling, and trying to stay focused all day was difficult.

DW - Who makes up your team and pit crew, when you travel to drive? Whats the farthest you have traveled for a drift event?/p>

Dom - My team is just my dad and I, but Daniel chow from the Drift Cave would sometimes tag along with us for extra help. The farthest we have traveled was 2,092 miles to the US Drift event. There and back, in total we drove 4,184 miles for that one event.

DW - What advice would you give to young people interested in this sport?

Dom - My advice to younger kids that want to drift, is to push hard and stay positive. Being a young driver that pushes the limits, opens others people's eyes, gives kids goals and you a chance with big sponsors. Stay positive because sadly a lot of drifters and people talk down on me, my driving and my family for no reason. Some people are just afraid of new talent, some sort of change and what you have. Push past the negative and just with one small clutch kick right around the Corner is the positive waiting for you to take ahold of.

DW - Tell our readers how to find you on social media! 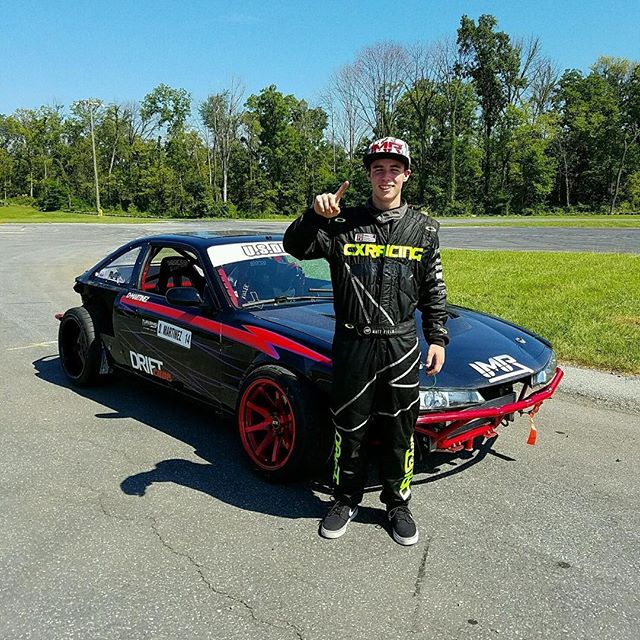 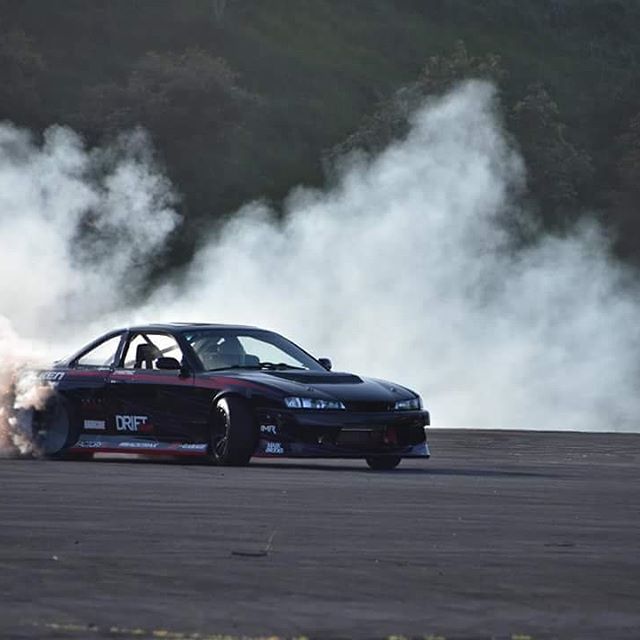